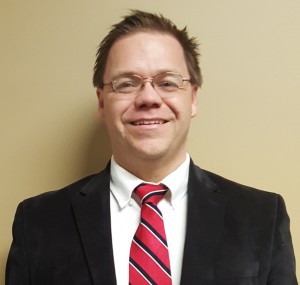 John Brown has been hired as the director of the theater arts department for Skyridge High School. Mr. Brown is currently the drama teacher at American Preparatory Academy in West Valley. Prior to that, he completed his student teaching at Orem High School, where he taught history and government courses in addition to his involvement with the drama department.

Over the past few years, Brown has assisted with or directed more than a dozen plays on the high school and junior high school levels. He has vast experience preparing students for the Utah High School Shakespeare Competition and the UHSAA region and state drama festivals. He has worked with numerous students in preparing auditions for scholarships and to gain entry into college theater programs. As a student, he was awarded the Outstanding High School Actor for the state of Utah, and received an acting scholarship to BYU. Recently he was featured in a play by William Shakespeare, The Winter’s Tale, as part of the BYU Harris Fine Art Center’s 50th anniversary.

Although Brown is a licensed attorney and has practiced law in both Nevada and Utah, his true passion is the theater and working with students. While living in Nevada, he volunteered at the local high school, teaching government and American history classes. He also taught an after-school theater program, producing and directing a number of plays. After moving to Utah, he volunteered at a local charter school, establishing a debate club and continuing his work with theater. Brown says, “It was at this point that my wife suggested that I become a teacher. What she saw in me as I was working with kids was a joy and satisfaction – a fulfillment – that was not present when I was practicing law.”

Skyridge Principal Joel Perkins is thrilled to have Mr. Brown as part of the Fine Arts Department, and says, “John is amazing! His enthusiasm for building the drama program at Skyridge is contagious. He has great vision, experience, and love of students and learning. He will build an incredible program that will provide great opportunities for students to become well rounded individuals.”

Brown is excited about his new position at Skyridge and says, “I have a number of goals for the theater program at Skyridge High School: I want it to be inclusive and broadly appealing to the entire educational community; I want the students who are involved in the program to have a positive experience and for high school theater to be a confidence building and self-affirming activity; I want all of my students to achieve the highest level of excellence; and I want to instill in the entire community – students, parents, teachers and more – a love of theater and of the arts.”

Brown received a bachelor’s degree from the University of Nevada at Las Vegas in Political Science, and later earned a Juris Doctorate from University of Nevada at Las Vegas. He received his teaching certificate from Brigham Young University. He and his wife Ramona have six children and reside in Orem.  In his spare time, Brown enjoys attending movies and live theater with his family and friends, music, good stories, and BYU sports.

Auditions for band will take place Tuesday, March 29 through Friday, April 1 from 2:50-3:30pm, in room 178 at Lehi Junior High School (Mr. Summers’ band room). Auditions will be on a first come, first served basis. Please review the following documents: Skyridge Audition info 2016 AND SHS Jazz Auditions 2016 for additional information. Students who wish to take Concert Band do not need to audition. Students who requested to take Symphonic Band, Advanced Wind Symphony, Advanced Percussion, and both Jazz bands on their course request form will need to audition.

All auditions must be completed by April 1.

Friday, March 25 is the deadline for the School Fight Song Lyric Contest. Click here for a link to the official rules and a link to the online entry form: http://tinyurl.com/zzcbsg6 This is a great opportunity for community members to become part of Skyridge history.

Upcoming meetings:
Men’s Basketball: Meeting, Wednesday, March 23 at 6pm in the Lehi Junior High Cafeteria. (for parents and prospective players who will be in grades 9-12 next year)

Women’s Soccer: Meeting, Monday, March 28 at 6pm in the Lehi Junior High Cafeteria. (for parents and prospective players who will be in grades 9-12 next year)

Cheer: Tryouts will be held Tuesday, March 29-Thursday, March 31 from 3-7pm in the dance room at Lehi High School.

Lyle Mangum has been hired as the Head Wrestling C 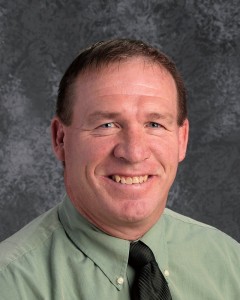 oach for Skyridge High School, currently under construction in Lehi, Utah. The school will open in August 2016.

Coach Mangum has been a wrestling coach for 23 years. He spent the last 18 years at Lone Peak High School as the Head Wrestling Coach and as a Cross Country coach. He has consistently had high performing teams in Region 4 and has established an excellent program. Prior to his tenure at Lone Peak, he was the Head Wrestling Coach at Madison High School in Rexburg, Idaho for six years. During his head coaching career he has coached 14 state champions and 41 state placers along with two All Americans.

Coach Mangum was a four year starting wrestler at Bonneville High School in Idaho Falls, Idaho. He continued as a two year Varsity wrestler at Ricks College and was a two time national tournament qualifier. He was on the 1998 team that finished second in the nation at the NJCAA tournament. He completed his collegiate experience as a Varsity wrestler at Utah State University during the school’s last year of competition.

Coach Mangum says, “I am extremely excited for the opportunity to begin a tradition of excellence at Skyridge High School. They have inspired leadership and I am going to help them establish a winning attitude in athletics and academics. We will define our team values and ingrain them in everything we do. We will create an environment of trust and we will set attainable goals and constantly raise the bar. This is an amazing opportunity to work with the parents and student athletes in Lehi to have a superior character building experience. We will represent Skyridge High School with honor and be a great examples of the spirit and work ethic of the community. We will have an extremely innovative and exciting coaching staff that will help our wrestlers achieve success and prepare them to move on to the next level.”

Skyridge Principal Joel Perkins says, “Coach Mangum has been heavily involved in teaching and coaching for many years. We are thrilled that he has decided to join our team. He truly cares about his students and works very hard to help build quality individuals. We are excited about the experience and enthusiasm he is bringing to build a quality wrestling program at Skyridge.”

Leaving Lone Peak High School is bittersweet for Coach Mangum. He says, “I am so grateful to all of the students and faculty of Lone Peak High School. They are all so very talented and they will continue to be a very important part of my life. I am honored to have coached and taught some of the greatest student athletes in the world. I wish them all continued success and I know that they will achieve great things in the future.”

Coach Mangum graduated with a bachelor’s degree in German and Political Science from Utah State University, and holds a master’s degree in coaching and athletic administration from Concordia University in Irvine, California. He enjoys hunting, fishing, and attending all types of sporting events. He is an avid golfer and is also a very successful baseball, football, and wrestling official. He and his wife Jana have one son, Blake, who recently graduated from the University of Oklahoma where he competed on their wrestling team. The Mangums live in Cedar Hills. Coach Mangum will continue to coach and teach at Lone Peak High School for the remainder of the school year. Be sure to watch for information about spring and summer plans for the wrestling team.

Future Falcons, we need your help! The contest to write our fight song lyrics is still OPEN for entries! For official rules and a link to the online entry form, please click here: Skyridge song contest rules Entries will be accepted through 8pm on Friday, March 25. Spread the word!!

Women’s Basketball: Player/Parent Meeting, Tuesday, March 15 at 7pm at Lehi Junior High. For students who will be in grades 3-12 for the 2016-2017 school year. See flyer for more information: Parent Mtg Flyer Final

Cheer: Parent Meeting, Wednesday, March 16 at 6pm in the Commons at Lehi High. The second clinic will be held on Friday, March 18 from 3:30-6:30pm in the dance room at Lehi High. Click here for more information: Cheer Tryout Flier

Men’s Basketball: Meeting for parents and prospective players, grades 9-12 for the 2016-2017 season. Wednesday, March 23 at 6pm in the Lehi Junior High Cafeteria. Come meet the coaches and learn about their vision for Skyridge basketball. The spring/summer schedule and expectations will be explained.

Falcons, we need your help. We need lyrics for our school fight song! You have the opportunity to become part of something that will last for many years. For official contest rules, see here:  Skyridge song contest rules The contest will be open until 8pm on Friday, March 25, 2016.

Women’s Basketball: A meeting will be held on Tuesday March 15 at 7pm in the Lehi Junior High cafeteria for prospective players and their parents. Read more here: Parent Mtg Flyer Final

Men’s Basketball: There will be a meeting on Wednesday, March 23 at 6pm in the Lehi Junior High cafeteria for prospective players (next year’s Freshmen-Seniors) and their parents.