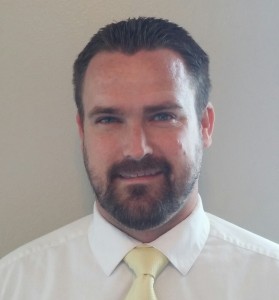 Cody Fonnesbeck has been named the Head Track & Field Coach at Skyridge High, where he will serve as head coach for both the men’s and women’s teams. Skyridge is currently under construction in Lehi, UT and will open in August of 2016.

For the past four years, Coach Fonnesbeck has been associated with the faculty and athletic teams at American Fork High School, where he has most recently served as the head coach of the Caveman Track & Field teams. His track teams have excelled in the past, including coaching the fastest 100 meter sprinter in Utah prep circles in 2014 and while also having success in the relays and longer sprints. His 2015 team finished 4th in the state 5A classification on the boys’ side and 8th on the girls’ side.

Fonnesbeck, a Utah native from St. George, was a standout sprinter in track at Dixie High School, where he holds several school records and is listed high among the all-time fastest sprinters in Utah prep history, with a best time of 10.54 seconds in the 100m. As a prep, he is the only Utah sprinter to have won the 100m and 200m sprints twice at the BYU Invitational, and was the Utah Class 3A 100m champion & All-Classification title holder as well.

Coach Fonnesbeck was able to compete for the BYU Cougars in both indoor and outdoor track as sprinter and relay team member. Overall, Fonnesbeck was a key part of four indoor and four outdoor Mountain West Conference championship teams, placing in the MWC finals of the 60 meter dash and 100 meter dash, and winning the conference championship in the 4×100 meter relay 3 times. He is also on the All-time Top 10 List in the 100m and 60m at BYU. Coach Fonnesbeck stated, “I pride myself in developing student athletes that excel on the track and in the classroom, as well as setting a high bar of achievement for both the boys and girls track teams at Skyridge High School. I’ve been in their shoes and know what it takes to be successful in both areas.”

Skyridge Principal Perkins says, “Cody is an outstanding special educator and track coach. He takes his craft seriously and cares deeply for those with whom he works. We are very excited about what he will do in the classroom in addition to the exceptional track program he will create. ”

In addition to being an outstanding prep coach and individual sprint trainer, Fonnesbeck is a very successful Special Education teacher, where he has served the special education students of American Fork High the past four years and will head up the Special Education Department at Skyridge. Originally a communications major, he started his teaching career at Diamond Ranch Academy in Hurricane, UT before moving to AFHS. His teaching philosophy carries a high degree of importance in mainstreaming special education students into traditional classes and the increased utilization of available technology by his students. Coach Fonnesbeck has a Bachelor’s Degree in Communications from BYU, with certification in Special Education from Weber State University. Married to the former Annie Eldredge of Pleasant Grove, Coach Fonnesbeck is the proud father of three boys, and they reside in Eagle Mountain.

The Department Heads have been named at Skyridge High School.

Brian Kane will be leading our CTE Department. For the past 18 years, he has been teaching classes at Lehi High School Subjects including: Accounting, Business Law, Business Math, Entrepreneurship, Hospitality & Tourism, Personal Finance, Desktop Publishing (Newspaper), Real Estate, and Retailing. He has a bachelor’s degree in business finance and marketing from California State University-Fullerton, and a master’s degree in education from Western Governors University.

Kane grew up in Southern California and lived in Europe during his high school years. He also lived in Africa for awhile. He and his wife have four children, and they live in American Fork. His current hobbies include playing the guitar, reading and traveling.

In addition to his duties as the Men’s Head Basketball Coach, Jeff Gardner will be leading our Driver Education department. For the past nine years, he has taught driver education and math classes at both Mountain View and Brighton High Schools. He received a bachelor’s degree in business (finance) from Idaho State University, and a master’s degree in education from University of Phoenix.

Gardner and his wife Lindsay live in Lehi with their four children. He loves to golf, fish, and travel with his family.

Evertt Williams will be the head of our English Department. For the past eight years, he has taught at Brighton and Orem High Schools. His teaching experience includes AP Language, AP Literature, College Writing, Honors courses, and English 10, 11, and 12.

Howard Summers will be the chair of the Fine/Performing Arts Department. He has been teaching band and orchestra for 14 years at both at the junior high and high school levels, and currently teaches at Lehi Junior High. He has a BA in Music Education and an MM in Trumpet Performance, both from the University of Utah.

In addition to being an extremely skilled performer himself, Summers has a long track record of bringing the best out of his students. His concert bands consistently earn Superior ratings at State Festivals. A native of New Orleans, he and his wife and five daughters currently live in Lehi.

Anna Barton has been selected to chair the Mathematics Department. This is her 9th year teaching at Lehi High School. She is currently teaching AP Statistics, Secondary 3 Honors, and Secondary 2 and previously taught Algebra 1, Algebra 2, Geometry, College Prep Math, Math Skills, and Secondary 2 Honors. She has a BS in Mathematics with a Computer Science minor from Westminster College and received her secondary teaching certification at UVU. She is currently working on her master’s degree.

Barton and her husband have two grown children and live in Lindon. When she isn’t doing schoolwork, she loves to read and work on word and number puzzles.

Angela Roberts will be the head of the Physical Education/Health Department. She has been teaching at Lehi High for the past 11 years. Prior to that, she taught for five years at Timpanogos High School and spent a year at Mountain View. She played volleyball at Idaho State University, graduating with bachelor’s degree in health education. She coached basketball, volleyball, softball and track at THS and MVHS, and has been a volleyball coach at LHS for the last 11 years. She currently teaches PE, adaptive PE, Health, and conditioning at Lehi High.

She and her husband Ryan reside in Lehi with their four children. They love eto watch and participate in sports as a family, and also enjoy boating and any other outdoor activities.

Mindy Hinckley has been selected to head the Science Department. She has been teaching at Westlake High School for the past six years. She loves teaching Biological sciences, including Honors and regular Biology, Zoology and Botany.

Hinckley attended Ricks College (now called BYU-Idaho) and completed her education at BYU with a bachelor’s in Biology Composite Teaching. She loves good food and considers chocolate and cookies ‘good food.’ She has four boys including twins who will be among the first graduating class from Skyridge.

In addition to his responsibilities as the Head Football Coach, Jon Lehman will be leading the Skyridge Social Studies Department. For the past five years, he has been teaching US History and Government and Citizenship classes at American Fork High School, where he is a five time recipient of the “Teacher of the Month” award. He currently serves as the US History team lead at AFHS.

Coach Lehman has a bachelor’s degree in secondary education (history), and a master’s degree in education (teacher leadership). He and his wife Christy have an eleven month old daughter and live in Lehi.

Fonnesbeck earned a bachelor’s degree in Communications Studies at BYU, and a Special Education Certification from Weber State University.
He and his wife Annie are the proud parents of three boys, and they reside in Eagle Mountain. 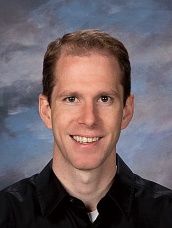 Aaron Andersen has been selected to head the World Languages Department. For just over eight years, he has taught AP US History classes at Lehi High, and started an extremely successful Chinese language program. When the program began, there were only two sections of Chinese, and the program has grown to be one of the largest in the state with over 200 students. He teaches courses ranging from Chinese 1 through Chinese 5 (AP). His program has been awarded a Confucius Classroom grant in recognition of the tremendous efforts of his students. Each year, they host a Chinese New Year Celebration each year, which is attended by hundreds of people from throughout the community.

Andersen has a bachelor’s degree in history (teaching), with minors in Chinese and English (teaching) from BYU, and completed a master’s degree in teacher education at BYU last year. He and his wife Shantel have four children and reside in Orem.