Friday, March 25 is the deadline for the School Fight Song Lyric Contest. Click here for a link to the official rules and a link to the online entry form: http://tinyurl.com/zzcbsg6 This is a great opportunity for community members to become part of Skyridge history.

Upcoming meetings:
Men’s Basketball: Meeting, Wednesday, March 23 at 6pm in the Lehi Junior High Cafeteria. (for parents and prospective players who will be in grades 9-12 next year)

Women’s Soccer: Meeting, Monday, March 28 at 6pm in the Lehi Junior High Cafeteria. (for parents and prospective players who will be in grades 9-12 next year)

Cheer: Tryouts will be held Tuesday, March 29-Thursday, March 31 from 3-7pm in the dance room at Lehi High School.

Women’s Basketball: Player/Parent Meeting, Tuesday, March 15 at 7pm at Lehi Junior High. For students who will be in grades 3-12 for the 2016-2017 school year. See flyer for more information: Parent Mtg Flyer Final

Cheer: Parent Meeting, Wednesday, March 16 at 6pm in the Commons at Lehi High. The second clinic will be held on Friday, March 18 from 3:30-6:30pm in the dance room at Lehi High. Click here for more information: Cheer Tryout Flier

Men’s Basketball: Meeting for parents and prospective players, grades 9-12 for the 2016-2017 season. Wednesday, March 23 at 6pm in the Lehi Junior High Cafeteria. Come meet the coaches and learn about their vision for Skyridge basketball. The spring/summer schedule and expectations will be explained.

Women’s Basketball: A meeting will be held on Tuesday March 15 at 7pm in the Lehi Junior High cafeteria for prospective players and their parents. Read more here: Parent Mtg Flyer Final

Men’s Basketball: There will be a meeting on Wednesday, March 23 at 6pm in the Lehi Junior High cafeteria for prospective players (next year’s Freshmen-Seniors) and their parents. 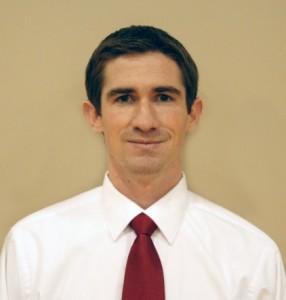 Jeff Gardner has been hired as the Men’s Head Basketball Coach for Skyridge High School, currently under construction in Lehi, Utah.  The school will open in August 2016.

For the past four years, Coach Gardner has been the Head Basketball Coach at Brighton High School, where he guided the Bengals to the 5A State Tournament each year. His team advanced to the semi-finals three times, and competed for the state championship twice.

After his first season at Brighton, Coach Gardner was named by the Utah High School Basketball Coaches Association as the Wilbur Braithwaite 5A Coach of the Year. He spent five years as the head basketball coach at Mountain View High School, where he took his team to the state tournament four times. As a player, Gardner was All-State at Mountain View High School, and led his team to back-to-back state championships. He received All-Conference and Academic All-Conference awards at Snow College and Idaho State University.

In addition to being an amazing coach, Gardner is an outstanding math instructor, recognized for his ability to support all students in their educational endeavors. Principal Joel Perkins says, “We are extremely excited to have Jeff join our team at Skyridge High School. We know that he brings a tremendous amount of experience and most importantly, the ability to help young people excel and become well-rounded individuals. Coach Gardner is exactly the type of educator who exemplifies the culture we hope to create as we open our school.”

Of his new position, Gardner says, “I have been so fortunate to work with great student-athletes, coaches, and administrators at Brighton High School. While it is very difficult to leave a great situation at Brighton, the opportunity to start a new program in the community in which I live was too much to turn down. I am grateful to Mr. Perkins and (athletic director) Mark Clinton for their confidence in me, and I look forward to great things ahead.”

Coach Gardner has a bachelor’s degree in business administration (finance) and a master’s degree in education. He and his wife Lindsay have four children and reside in Lehi. Coach Gardner will continue to teach and coach at Brighton High for the remainder of the school year.