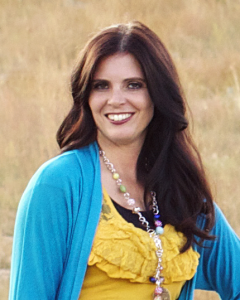 ennyLynn Meek first became involved in the sport of color guard while attending Pleasant Grove High School. After graduating, she attended UVU and was a member of their ballroom dance tour team. She then attended BYU, where she majored in dance education and was a member of the BYU color guard. She began coaching color guard in 1997, and has coached at Pleasant Grove, American Fork, Riverton, and is currently the head color guard coach at Lehi High School. Her teams consistently place in the top of their division and are well respected among the other color guard teams in the state. This past season, the LHS color guard took the state championship title and went undefeated in their division.

JennyLynn loves coaching and mentoring her students. She believes that teaching her students how to respect others, work hard, be responsible, and be kind to others is as important as teaching them how to dance and spin a flag. She feels confident that she can create an award winning color guard at Skyridge and is excited to be a part of the Skyridge team.

JennyLynn loves to ride her bike, dance, choreograph innovative routines, and spend time with her family. She is also OBSESSED with anything Disney and considers Main Street Disneyland her happy place. She currently lives in Lehi with her husband and their four children. 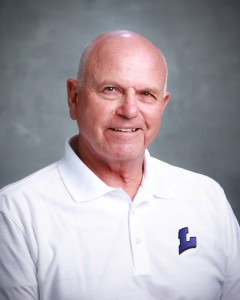 Dennis Meyring has been hired as the Swim Coach for Skyridge High School, currently under construction in Lehi, Utah. The school will open in August 2016.

Coach Meyring is currently serving as the head swim coach and government teacher for both Lehi and Westlake High Schools. When Westlake opened, he embraced this dual role to help build Westlake’s program while continuing to coach at Lehi. He will once again divide his attentions (this time between Lehi and Skyridge) to help build a new high school swim program at Skyridge. Of this new challenge, he says, “It is always exciting to contribute to a new beginning with opportunity for traditions to begin and standards to be established.”

Meyring has been coaching swimming for over 45 years, and has spent the last 22 years at Lehi High. He has been named the UHSAA “Coach of the Year” four times, has helped the Pioneers win 15 Region Championships, and has guided the team to 2nd place in State three times. Prior to coming to Lehi High, Coach Meyring coached for ten years in Oxnard, California and was a graduate assistant coach at BYU.

Coach Meyring was born and raised in Vallejo, California and attended Vallejo College, where he was a five time All American swimmer. He then attended BYU, where he was the WAC Champion in the 200 yd butterfly, 200 yd IM, and 400 yd IM (the first swimmer to win three events in a conference meet). He also qualified for AAU Nationals and the US Olympic Trials and competed in the NCAA Championships. He was named the BYU “Athlete of the Week” on two occasions. He set several high school and collegiate swim records and was the team captain every year in high school and college.

When describing his coaching philosophy, Meyring says, “Swimming requires dedication, commitment and hard work over a long period of time. The program should reinforce the values taught in the home and allow athletes to experience challenges at a higher level and realize the rewards from their efforts. They should come away with lifetime tools that will bring success.”

Skyridge Principal Joel Perkins says, “Coach Meyring is a legend in the swim community, and I am super excited that he is going help us build an amazing swim program at Skyridge. He invests so much in his student athletes and believes in the value of hard work and dedication.”

Coach Meyring graduated from BYU with a major in physical education and a minor in social studies. He and his wife Vicki have twelve children and 32 grandchildren, who are the highlight of his life. He loves vintage cars, and has restored two of his own original vehicles.

There will be a public input meeting on Monday, December 14, from 4-6pm at Lehi Junior High to discuss the proposed plan to accommodate growth in north Lehi. At the input meeting, there will be District employees available to answer questions, but there will be no formal presentation. Written input is encouraged.

We appreciate that so many of the community members have taken the time to give feedback on social media. In order to ensure that the ASD Board is able to review your comments, please fill out the official form found here: http://alpineschools.org/news/accommodating-growth-in-asd/

The Alpine School District Board of Education is studying a proposal to accommodate student enrollment growth in our area. Specific information and an opportunity to offer feedback may be found at http://wp.me/p50b0D-6st. In addition, an input session will be held at Lehi Jr. High on Monday, December 14th from 4:00-6:00 p.m. in the media center. Your input will help provide optimal learning environments for students in the growing area of north Lehi.